Rhode Island master artist Kevin Doyle is familiar to many Rhode Island audiences. He now has a prominent place – in print – on the cover of the latest Guide to Programs of the National Endowment for the Arts (NEA).

The NEA’s 2014 Guide features a photograph of Kevin Doyle dancing in the finale of the September 2013 National Heritage Festival concert in Washington, DC. The concert features recipients of the nation's highest honor in the folk and traditional arts, the National Heritage Fellowship award. Doyle was there as part of an ensemble featuring Seamus Connolly, an Irish fiddler from North Yarmouth, Maine.

Doyle, from Barrington, has been a recipient of Folk Arts Fellowships and Apprenticeship grants from the Rhode Island State Council on the Arts. He is familiar to many in the Rhode Island Irish community, and is a frequent performer on the stage of the Blackstone River Theatre in Cumberland and with the Rhode Island Celtic band Pendragon.

Rhode Island State Council on the Arts Executive Director Randall Rosenbaum congratulated Doyle on this recognition. “The National Endowment for the Arts is an agency that supports art of the highest quality in the United States. Having a Rhode Island artist on the cover of its Guide to Programs is an honor for Kevin, for our state and for our arts community.”

“The scene on the cover of the 2014 NEA Guide is one I will treasure as I step into the future with each jig, reel, or waltz clog to come,” said Doyle. “I thank the NEA and the R.I. State Council on the Arts, and 2013 National Heritage Fellow Seamus Connolly for making it possible.” 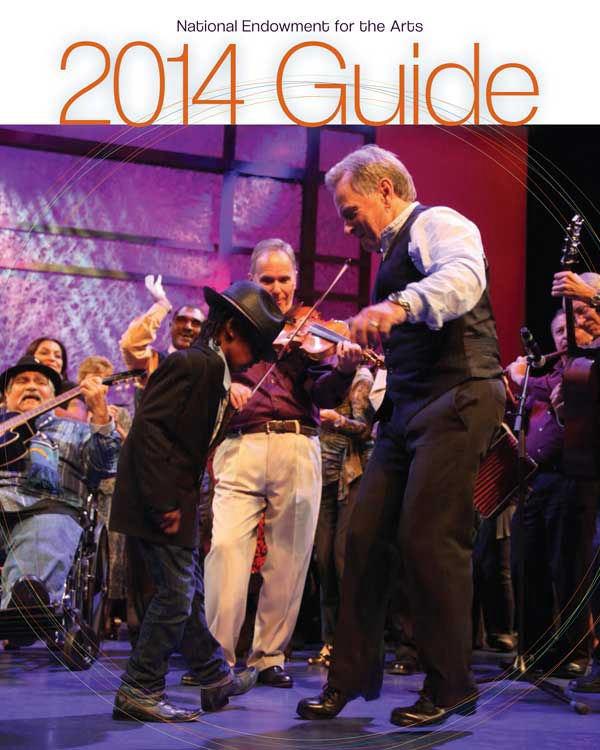 The National Endowment for the Arts 2014 Guide is distributed widely throughout the country. It is also available online.
Click here for a high resolution image of this cover.

About Kevin Doyle
Kevin was born to Irish parents in the Fox Point section of Providence, R.I. Kevin has been dancing for over fifty years. He learned his first steps from his mother, Margaret, a stepdancer from Co. Roscommon, Ireland. He furthered his dance from instructors Steve Carney and Mary Sullivan from Boston, and then progressed to the McCory School of Irish Dance in Pawtucket, R.I. A U.S. Irish Dance champion, he achieved success in Irish dance competitions throughout New England, New York, and New Jersey in the 1960's. Kevin also excelled as a tap dancer, studying at the legendary Theresa Landry School of Dance in Pawtucket, R.I. Since 1996, he has performed with the Rhode Island Celtic band Pendragon. Kevin also performs with American clogger Aubrey Atwater and Irish dancer/ choreographer Kieran Jordan of Boston.

About the National Endowment for the Arts
The National Endowment for the Arts was established by Congress in 1965 as an independent agency of the federal government. To date, the NEA has awarded more than $4 billion to support artistic excellence, creativity, and innovation for the benefit of individuals and communities. The NEA extends its work through partnerships with state arts agencies, local leaders, other federal agencies, and the philanthropic sector. To join the discussion on how art works, visit the NEA at www.arts.gov.