When Irish step dancer Kevin Doyle of Barrington got the phone call from the National Endowment for the Arts, he was stunned into a momentary silence. So much so that Barry Bergey, director of folk and traditional arts for the NEA, had to ask if Doyle was still on the line.

Bergey was calling to tell Doyle, a 63-year-old retired RIPTA bus driver, that he will receive a National Heritage Fellowship, the nation’s highest honor in the folk and traditional arts.

The fellowship comes with a $25,000 award. The nine 2014 NEA Fellows will be honored at an awards ceremony in Washington on Sept. 17 and a concert at George Washington University Sept. 19. Doyle is also scheduled to meet with Governor Chafee today.

“I’m thrilled about it. And humbled,” Doyle said in a phone interview. “I don’t take it lightly at all.”

According to the Rhode Island State Council on the Arts, Doyle is just the second Rhode Islander to receive a fellowship, the other being Newport stone carver Nicholas Benson in 2007. (A third recipient, Hmong weaver Yang Fang Nhu, had lived in Rhode Island but when she received her fellowship in 1988, she had moved to Detroit.) 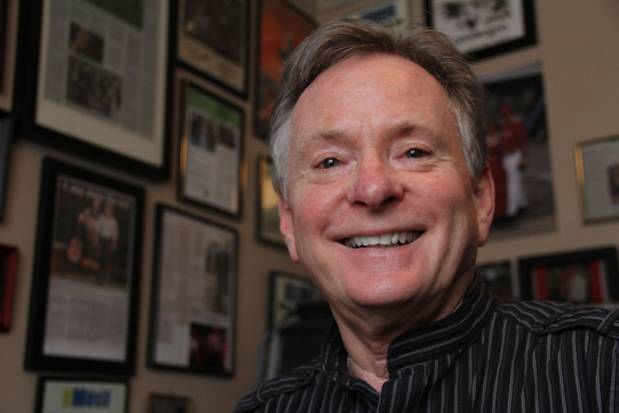 Kevin Doyle, shown in March, says he is "thrilled" and "humbled" to receive the nation's highest honor in the folk and traditional arts.

Doyle said he learned his first dance steps from his mother, Margaret Taylor Doyle, when he was 8. She would “lilt” (a way of vocalizing without words) traditional Irish tunes for Doyle and his sister before they went to school in the morning.

In the ’60s, Doyle studied at the Pat Fallon School of Irish Dance with visiting Boston instructors Steve Carney and Mary Sullivan, and at the McCorry School of Dance in Pawtucket. When he was 10, he began to study American tap at Pawtucket’s Theresa Landry School of Dancing.

One of the reasons he studied tap, he said, was to make himself a more versatile dancer, because in the ’60s the only time anyone wanted to employ Irish dancers was the week surrounding St. Patrick’s Day.

That’s changed since then, partly because of the “Riverdance” phenomenon. Doyle said the hit stage show, and its various offspring, have commercialized traditional Irish dance, but he’s grateful they’ve brought Irish dance into the spotlight.

As a young dancer, Doyle danced in lots of East Coast feis, or competitions, and appeared twice on “Ted Mack and the Original Amateur Hour,” a precursor to present-day TV talent searches such as “America’s Got Talent.”

More recently, Doyle performed with Rhode Island Celtic band Pendragon, folk duo Atwater-Donnelly, and the touring dance ensemble Atlantic Steps. In 2011, he was lead dancer and choreographer for the annual “A Christmas Celtic Sojourn” show. (For more information on Doyle, visit his website at kevindoyledance.com.)

When he wasn’t dancing, Doyle worked for 28 years at Almacs and for 17 years as a RIPTA driver. “One thing I miss is the free entertainment … every trip was a cast of new characters,” he said of working for RIPTA.

Doyle has passed his love for Irish dance to a new generation — he taught traditional Irish dance to his daughter, Shannon, and she has gone on to become a teacher herself.

As for Doyle, he said dancing keeps him in shape.

“You need to keep your wind,” he said. “There’s nothing worse than finishing a number and being out of breath. It needs to look effortless.”